Looking in the other direction 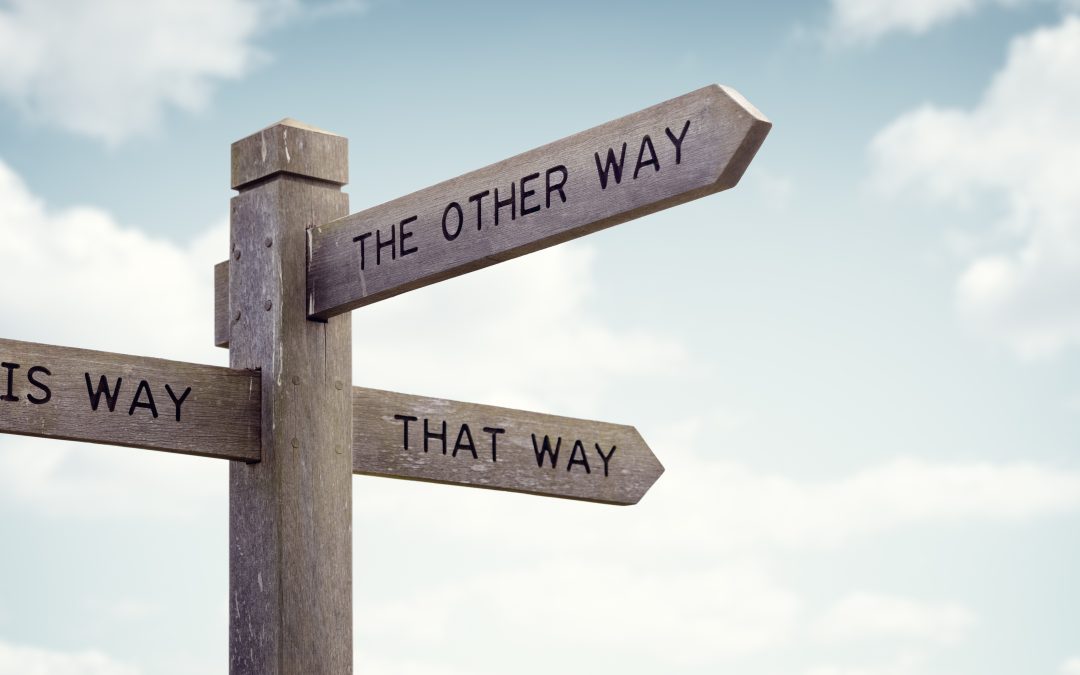 Recently I have had several occasions where I have been pointed in another direction in my personal and business life.

At the beginning of November, I made a big decision to close the office and take the therapy business online. Of course, I had a few tears but also no regrets. Having met new people over the last 5 years that I have been in Olney, and some became friends.

The day after was the first coaching session with Carol Alexander. She uses a human design system in her coaching work. Here we explored where the energies in the body were. It turns out that I am a manifesting generator (or time bender). I then attended a 3-day retreat (Dare2Be) with 8 other 3 principal coaches.

None of this could have been more fortunate in its timing.

The retreat was a peaceful 3 days in Devon, sitting, listening, and sharing. The view I had was of fields and the woods. On the 2nd day, I was drawn to taking a walk in the woods. I asked a couple of the girls how to get into the woods, and they gave me directions.

Now! I could see a gate into a field that led directly to where I was aiming to be. So off I went through the gate into a boggy area. I marched with much enthusiasm until I reached what turned out to be a barbed-wire fence stopping me from entering. I looked left and continued this walk until there was a break. There were brambles and more bogs in those woods where I almost lost one of my walking boots. Water seeped in, and my socks were very wet. Eventually, I arrived at a peaceful running stream where I stood and listened to the birds laugh at me and tweet birdsong. I looked back and sighed with anticipation as the route down was no picnic, and then there was the stride back up to the top.

As I worked my way up, I eventually came to a ledge that was a path that arrived at a gate. Mmm, I could not see the farm where we were staying. I followed the trail the entire way back around the outer edge of the woods, which eventually led to the outside edge of the field that I had initially ploughed through.

I was reminded that this experience is a metaphor for life. Maybe not yours, but definitely mine.

It is easy to think that something looks or should look a certain way, living life only looking in one direction. Yet, this is often the direction our teachers have been taught to look at in life.

I had focused my sights in front only, without taking the time to stop, breathe, quieten the noise in the head that states it has to be this way. As a result, I caused myself a difficult journey that could have been easier had I stopped and looked at the path I had crossed to enter that field.

I wonder how many of you have created a difficult path for yourself?

When we stop and take a moment to breathe and just slow down, just being present in the moment, the answer will always come letting you know which direction is the right one for yourself. These answers come from somewhere deep inside, where that is for you, I do not know. Just stop and notice the feelings. Maybe some wise words come to you that just let you know. For me though, this is what I call my heart wisdom.

You can find out more about which cookies we are using or switch them off in settings.

This website uses cookies so that we can provide you with the best user experience possible. Cookie information is stored in your browser and performs functions such as recognising you when you return to our website and helping our team to understand which sections of the website you find most interesting and useful.

Strictly Necessary Cookie should be enabled at all times so that we can save your preferences for cookie settings.

If you disable this cookie, we will not be able to save your preferences. This means that every time you visit this website you will need to enable or disable cookies again.